Home » Gear Reviews » E350 vs E450: What is the Difference Between Ford Chassis

E350 vs E450: What is the Difference Between Ford Chassis

When it comes to purchasing a commercial vehicle, there are many options one can choose from. It is important to do your research and know the different models before making a decision. When looking at Ford chassis, there are two popular models: E350 and E450. So what exactly is the difference between these two? Let’s take a closer look.

The Ford E350 is a full-size van produced by Ford Motor Company. It is often used for commercial purposes, such as transporting cargo or passengers. The E350 is available in a variety of configurations, including cargo, passenger, cutaway, and chassis cab models.

The Ford E450 is a line of full-size vans and cutaway vans manufactured by Ford Motor Company since 1975. It is a part of the Ford E-Series (also known as the Ford Econoline and Ford Club Wagon throughout various stages of its production) and is the largest vehicle in the E-Series lineup. The E450 is the commercial-grade version of the E-Series and is available in a variety of configurations, including passenger and cargo vans, cutaway vans, and chassis cab models.

The main difference between the E350 and the E450 lies in their ability to generate power on the road. The E350 has a V8 engine that produces up to 6.2 liters of displacement and 306 horsepower. In comparison, the E450 is powered by a V10 engine with 7 liters of displacement and 362 horsepower. This makes the E450 a more powerful choice for those who need to take on tough job sites or heavy loads.

The Ford E350 and the E450 also have differences when it comes to the amount of weight they can tow. The E350 has a maximum towing capacity of 10,000 lbs, while the E450 can tow up to 12,500 lbs. For this reason, many people opt for an E450 when they need something that can pull bigger loads across longer distances.

The Ford E350 has a Gross Vehicle Weight Rating (GVWR) of 12,500 lbs, while the Ford E450 has a GVWR of 14,500 lbs. This means that the E450 is capable of handling more weight overall, making it a better option for those who need to transport heavier items or equipment.

The Ford E450 has an upgraded braking system that is designed to provide more stopping power. This feature allows for safer and smoother stops, even when carrying heavier loads. The E350 does not have this same level of braking power, which makes it less reliable when trying to stop quickly in an emergency situation.

The Ford E350 has a larger interior space than the Ford E450. This is important to consider when transporting more passengers or larger equipment in the back. The E350 also has a lower floor height, meaning it can be easier to load and unload heavier items.

The Ford E350 has slightly better fuel economy than the Ford E450. This is due to the smaller engine size and the lighter payload capacity. However, this does come with a trade-off of reduced power output when needed for tough job sites or heavy loads.

The cost difference between these two models can vary greatly depending on what type of features and customization you choose. Generally speaking, the E350 will be cheaper than the E450 due to its smaller size and lower power output. However, if you are in need of a powerful vehicle with plenty of towing capacity then it may be worth investing in an E450 instead.

The Ford E350 and the E450 offer two very different vehicles for those who need a reliable chassis. The E350 is more affordable, has better fuel economy, and offers a lower payload capacity. The E450 is much more powerful, can tow heavier loads, and comes with an advanced braking system. Ultimately, it depends on what you need from your vehicle as to which one is best suited for your needs. 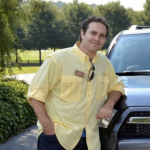 Philippe strives to give you the best overview of automotive equipment, tools, parts, and solutions to a variety of complex automotive problems, based on his own experience. You can read his car reviews on TopSpeed.

How To Level a Camper Without Moving It

How to Dry Hiking Boots

What to Wear in the Mountains During the Winter

We will be happy to hear your thoughts